Walking about it’s clear even though I don’t think it’s spring yet the plants do. Cherry blossom is out, many of the streets in the city are bursting with the profound pink that Cherry blossom throws forth. Also the Magnolia in the area are starting to blossom. Magnolia fascinates me because it seems that depending… 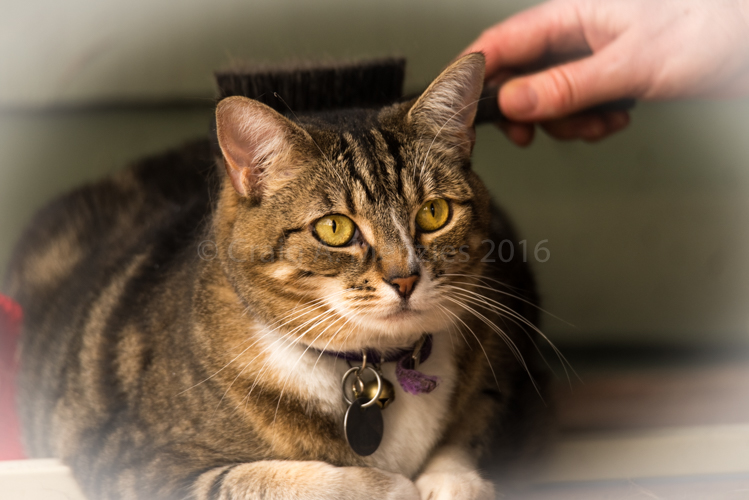 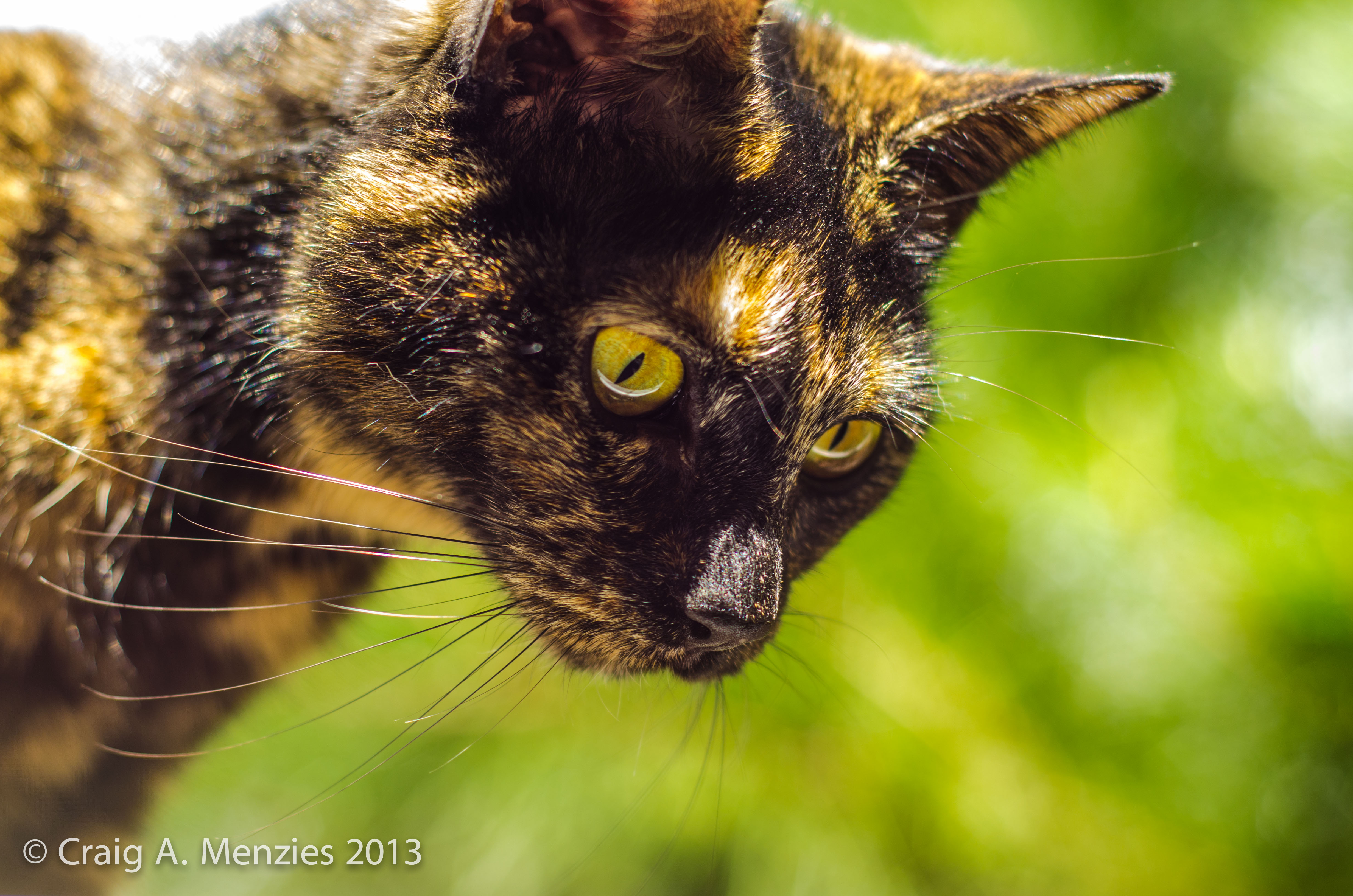 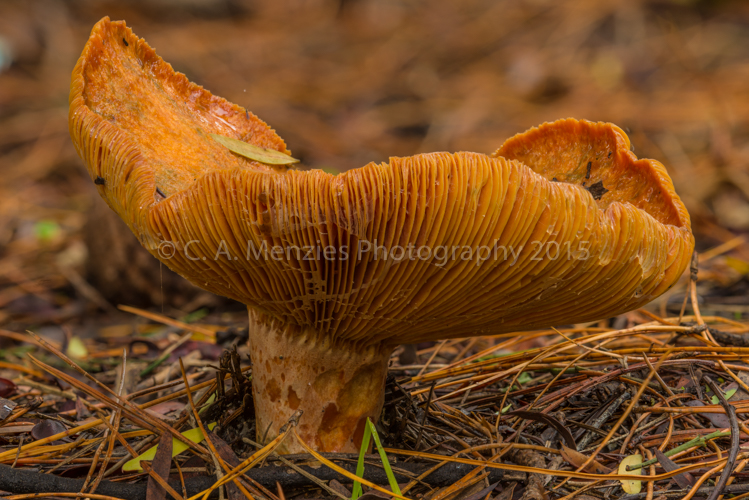 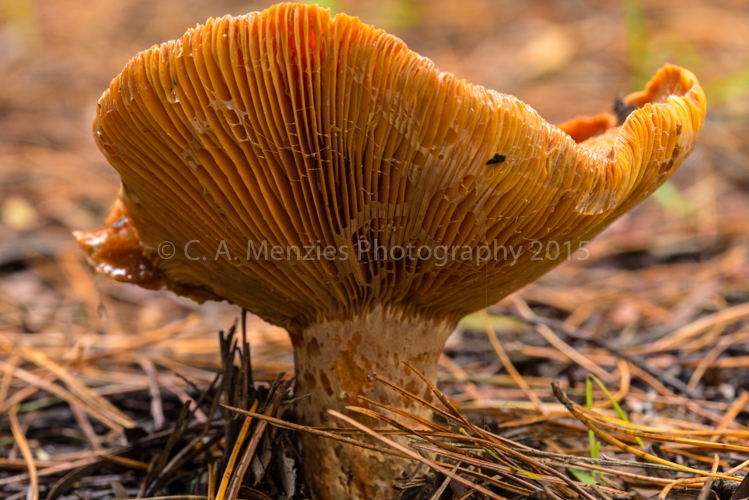 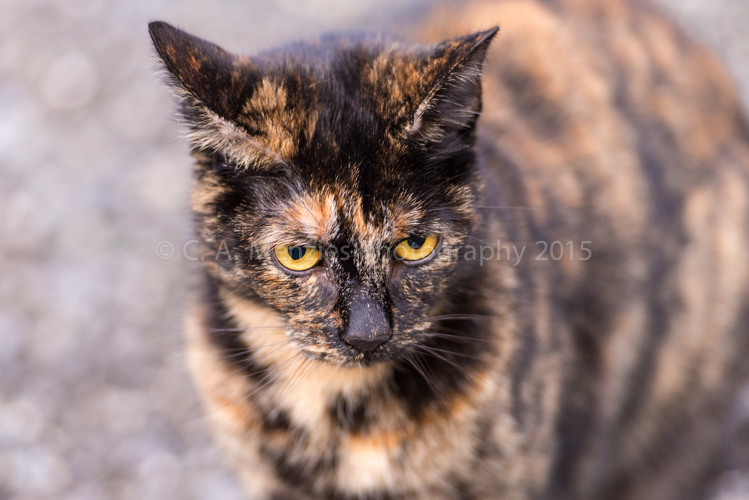 Well I was up serious about an early morning shoot to get back into the swing of things with a tryout of the Nikkor 70-200mm F2.8 lens. But after a 5 minute wander outside at 05:30 I decided my cold infested lungs that felt like I had razor blades & ball bearings in the bottom of them were not up to the challenge. I’d stay inside and come up with something else. So I decided to do what I’d been intending to do all week since the arrival of said addition to the kit. This was create a new car kit, and review everything since I’d originally put it together as quite a few things have changed.

Gone is the D3100 that was tucked in there, I gave that away to a friend a couple of months ago after getting the D810. The D7000 now becomes the all reliable “yes you have a camera in the car”! It’s had a sensor clean, and I’ve given it the small backpack I was using as I’ve recently purchased a new manfrotto pack with more room for the larger lenses I’ve gained over recent times. So it was a shuffle of camera, lenses, cards, batteries, flash, remotes, and other peripheral gear between small pack, vest for other gear, and some for the larger back.

The D600 got a sensor clean, it’s needed one for a while, but finding quality cleaning gear cheaply is not easy. However it came up magnificently again, and is shooting as it did when I bought it. Those who know about the D600 know it was notorious very quickly for a defect where lubricant collected on the sensor. I had hoped I’d bought from a batch where the problem had been “silently” fixed as Nikon seems to be somewhat fond of doing in recent times. But in the last couple of months it seemed not so at some point it was going to require regular cleaning. I’ll see how it goes, it’s still a great camera despite this manufacturing defect. I took a chance, I was aware of the issue, and it seemed like as time went on your chances of getting one that didn’t have the issue seemed better. But that’s the crumbling cookie as they say. Anyway after the clean I had just enough light to run a quick test of the Nikkor 70-200mm F2.8 and see what I was paying for in a big way.

And the attached Tiggakat is a nice start.

A not so “Elegant” Gypsy… 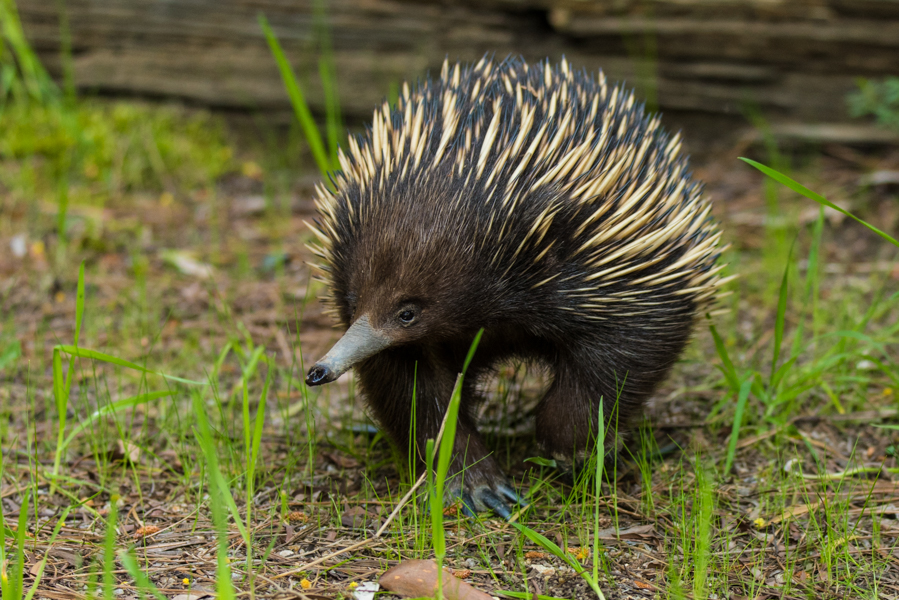 This little lady was bolting along like her tail (if she had one) was on fire! Never stopped for a second on her mission! I wouldn’t have noticed her except she bumped on the study window a couple of times in her trek about the back of the house. Then she continued on around the patio and I opened the gate for her so she could get out the front rather than have the furbags pester her too much. They were more curious than anything else. Tigga’s seen several now, but for Chemoux this is her first.

I did have to stop and slow a few cars for her while she was trundling along under some cars parked on the side of the road. I usually see two or three of these in a year. This one is probably quite young as she’s the smallest I’ve had wander through in the last six years. Unfortunately the dull day, and her constant movement made shooting difficult and I didn’t want to use flash as her eyesight isn’t great at anytime. These little critters use their nose more than anything. So these are pretty ordinary shots, most of which I deleted, but many people don’t get to see these too often these days so best of a bad bunch. 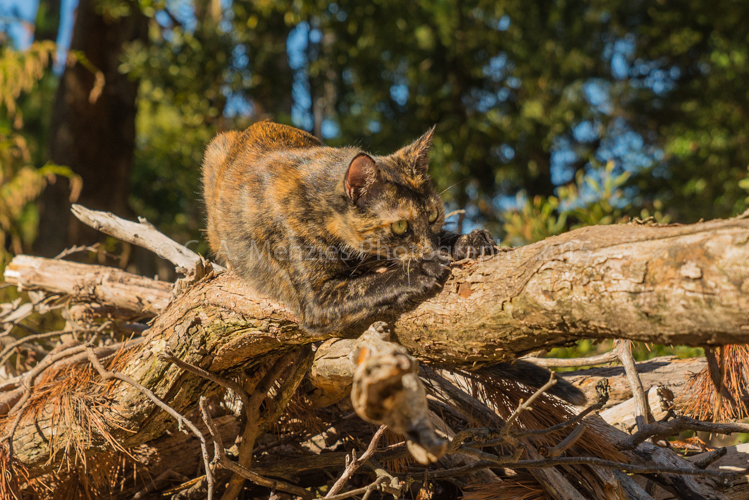 Chemoux is proving herself just as photogenic as Tigga. She’s also proving every bit the huntress just the same as her “Aunt”. Chemoux still lacks the patience of the “seasoned” hunter, but she’s no less deadly! 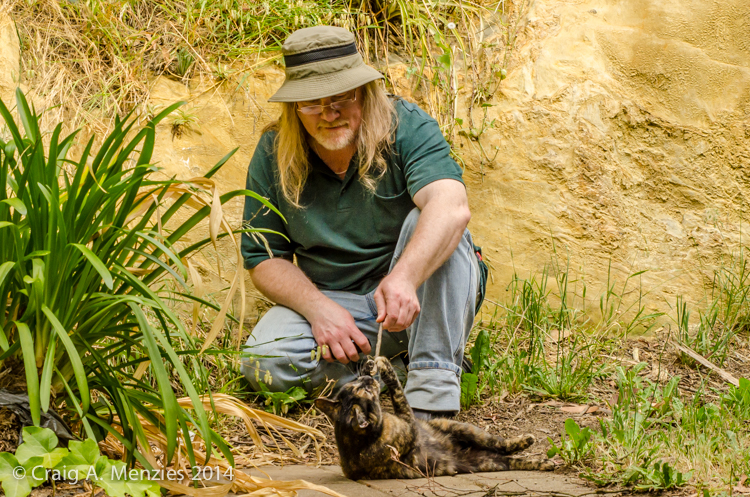 A day of returning to previously scoped sites and scoping and new sites. Some of Sunday, and some of Monday was spent following up previous leads, and generating new ones. Not sure I managed to catch a definitive shot on either day for the sites concerned, but getting back home and reflecting on the shots has generated some new ideas for some future shots in both these locations and potentially future locations, by virtue of any similarities. So a learning lesson. And as long as I walk away with that, I’ve walked away with something, and the shot will come later at a future instant!

I’ll need to go back to Dean for another couple of shots, now that I’ve been provided some interesting information about one of the tumbled down buildings there. I’d hoped to get some interesting wildlife shots from the Gong Gong reservoir, but clearly it’s too dry there for what I was looking for, and perhaps just a bit late in the day for the birds, and other retiring wildlife.

The Cat Made Me Do It… 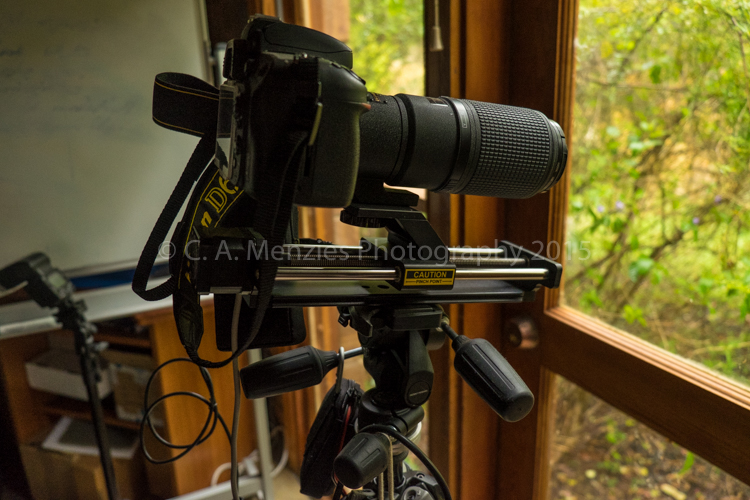 I have nothing else to say except “the Cat made me do it”. 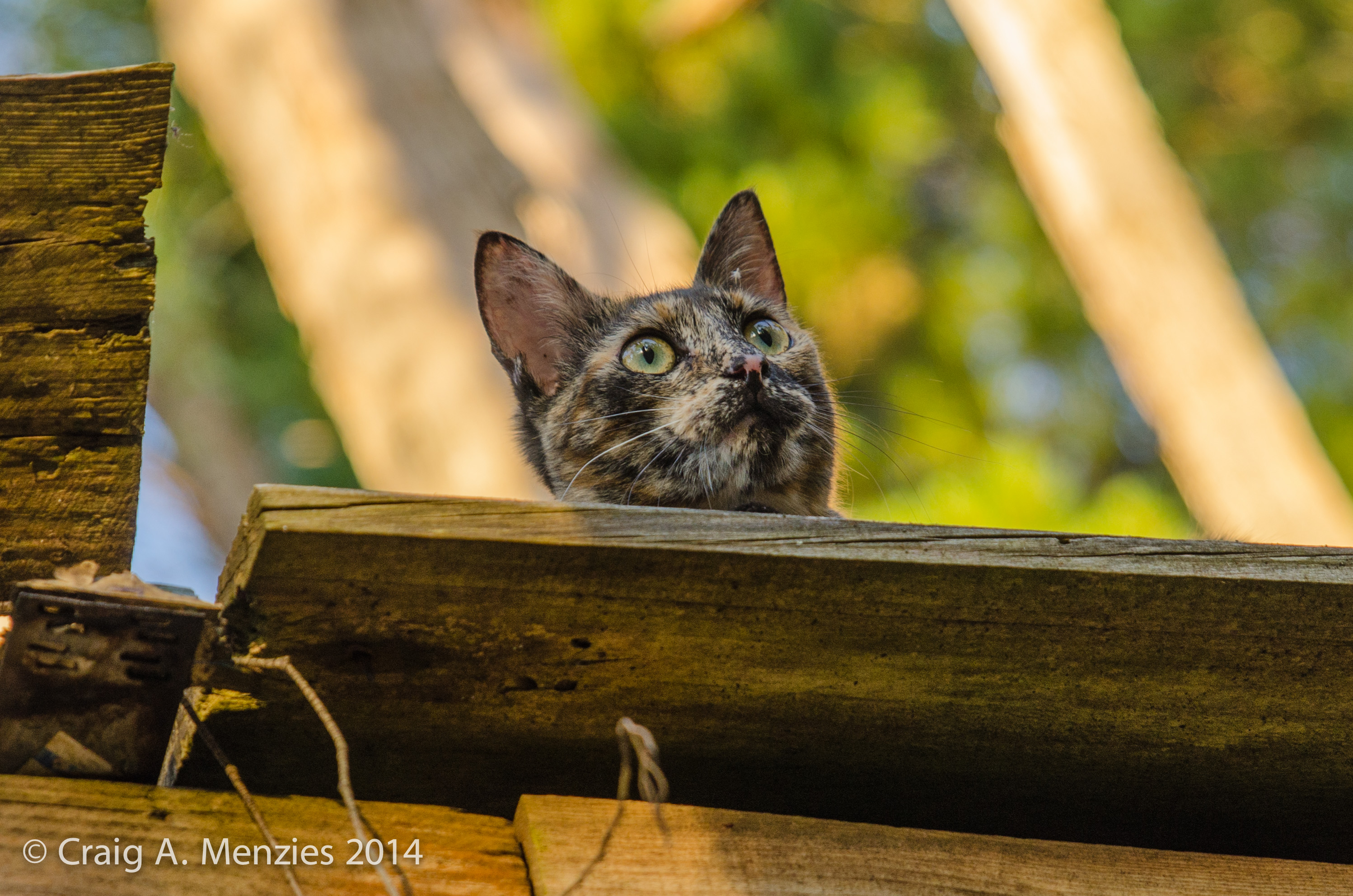 There are days where it’s just a case of too much adventure: Chemoux found herself stuck up on top of the cubby in the backyard and nothing to do but watch the sunset! Life really is tough for a Furbag sometimes.